On October 16, 2020, Caroline and Trey Winslett lost their firstborn child to Gaucher’s Disease. Ward’s legacy, forever sweet if far too brief, endures in the foundation his family has formed.

Caroline and Trey will forever remember the moment, 4 p.m. Friday, April 24, 2020, that they received the text from geneticist Dr. Elizabeth Jalazo. They needed to talk, she told them. Soon they received the diagnosis that stirred the deepest sorrow and, ultimately, the fiercest determination to help others.

This rare disease (pronounced go-SHAY) occurs in one in roughly 100,000 individuals in the general population. Patients with Gaucher’s Disease suffer from an enlarged liver and spleen, an inability to swallow, rigid muscles and seizures. There are varying levels of severity. Ward had the rare type that begins in infancy and is usually fatal by age two. There is no cure.

A day after getting the news, Caroline and Trey embarked on what Dr. Jalazo calls their “diagnostic odyssey.” Six to eight hours a day they were on the phone or computer, learning all they could about the disease. Their first email was to the National Institutes of Health. They consulted other physicians. They talked to parents of other children with Gaucher’s Disease. Their goal was to understand what they were dealing with. To know their options. To decide how best to care for Ward. To make every moment as comfortable for him as they could.

That process and the knowledge they gained during the experience is what they hope to convey through WARD’S Foundation, including this fact first and foremost: Ward was a happy baby despite the illness and treatment he had to endure. He was loved so much – by so many. He felt that love. Whatever rare disease your child might have to endure, he or she will surely be wrapped in that same love. It will comfort him or her. Let that be a comfort to you.

Caroline and Trey learned another vital lesson: When a rare disease strikes, it takes a village. In Ward’s case that included physicians with expertise in a multitude of areas. Hospice offered palliative care, making Ward as comfortable as possible. Their devoted nanny and overnight nurses provided additional support, care and love for him. Friends and neighbors dropped off meals and coffee and, during COVID-19, organized socially distanced porch nights. Every gesture was especially meaningful and appreciated by Caroline and Trey for the way it kept them connected to the community.

Physical therapist Jen DiCicco came regularly to address Ward’s stiffness. She also sang to him. He loved “Itsy Bitsy Ward,” inspired by the popular nursery rhyme. Ward had strong opinions. If he didn’t like Jen’s song choice, he’d let her know with a scream that said “OK, that’s it!” Jen wouldn’t trade the year she spent with Ward and his parents for anything. “To be a part of their village was definitely a privilege,” she says.

Ward spent the last 10 days of his life at Levine Children’s Hospital in Charlotte. Caroline and Trey read to him constantly. His favorite daytime book was “Put Me in the Zoo.” He’d drift off to sleep to his favorite bedtime story, Dr. Seuss’ “The Sneetches and Other Stories.”

Henry Edward Winslett IV passed away late in the afternoon on October 16, 2020. Now, in his name, we begin the work of helping others. 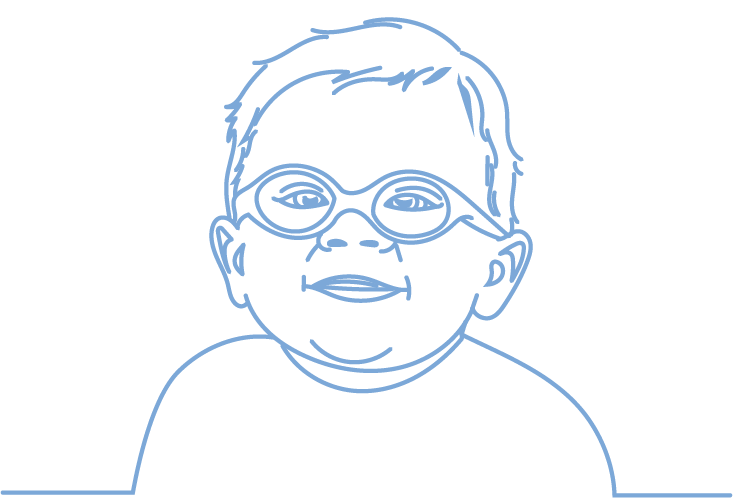